This site doesn't support Internet Explorer. Please use a modern browser like Chrome, Firefox or Edge.

A Sales Leader is Born...

Chuck lives with his wife of 40 years in Red Deer Alberta about 90 minutes from the Rocky Mountains. He has an extensive background in sales and business development. In his 20's he was a successful automotive salesman but felt drawn to the human service industry.

So, after much thought decided to work with the mentally handicapped and loved the work immensely. He was strongly encouraged to take on a Leadership role and thus, Chuck went to College for a couple of years graduating with a Diploma in Rehabilitation.

After working as part of the leadership team in a government facility with which he was employed, Chuck decided to leave handicapped services to work with troubled and delinquent youth.

Chuck was quickly noticed by management as a candidate for a leadership position and within a year he was promoted to the role of Program Coordinator. Chuck took the program from serving a handful of youth to 30 within his first year.

Chuck went on to create a number of contracted services providing care for youth that generated a significant contribution to the company he worked for and was given an award for his efforts during a Staff recognition supper.

The marketing and customer relation skills that he had acquired in his past sales positions combined with his strong desire to serve others were instrumental in helping Chuck become a very valued member of the management team.

In 2000, Chuck’s wife was diagnosed with an aggressive form of cancer and was told that if not dealt with quickly, it would result in her death. After a huge battle with the disease, his wife Pat won her battle.

Pat was very weakened by the fight with Cancer and was unable to return to work. Pat was invited out with a friend to attend a meeting of some sort and came home that night very excited.

Though she did not know that she would be attending a NetWork Marketing presentation, she was convinced by the end of the meeting, that she had discovered a way to help pay our bills and get back on our feet financially.

From Zero to Hero But...

Chuck became convinced at this point that he had found the exact business he was looking for and over the next 6 years grew his organization from zero sales per year to $600,000 in annual sales.

So in May of 2008, he received a 50K promotion in Florida at an annual awards convention.

Chuck had become so effective with his telephone recruiting, that each week he would have upwards of 600 to 800 people listening in on his recruiting calls.

The same year he had earned that award, Chuck left this company and followed his sponsor to a new company. In less than a year following this move, Chuck earned his wife and him an all expenses paid a trip to Jamaica to stay at a Sandals resort for 7 nights.

Unfortunately, the company was new and struggled to find a product that could get traction in the market. Chuck had become great friends with the owners during his time with the company but had to move on to find a company that he could resume the success he had experienced in the past.

During the next 6 years that followed Chuck focused his time on learning how to use the Internet to market with.

In 2013 he was asked to apply his skills in marketing with a fellow that was starting up an Oilfield Safety company.

Chuck accepted the challenge and in the 2 years that followed, they had built their business up to $300,000 in annual sales.

He and his partner had a plan that would have easily doubled this amount the following year; however, the Oil Industry took a historic nosedive and forced their business to close its doors.

It's Not Getting Knocked Down That Defines You...

Despite many setbacks, Chuck's history of success proved to him that despite circumstances anyone can succeed if they have a vision and determination. Chuck has since put a new plan together once again and is already on track to begin reaching and exceeding his past suc

Despite many setbacks, Chuck's history of success proved to him that despite circumstances anyone can succeed if they have a vision and determination. Chuck has since put a new plan together once again and is already on track to begin reaching and exceeding his past successes. 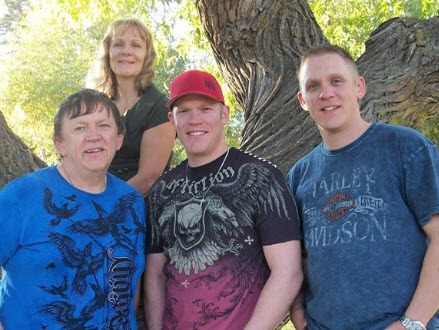 Chuck's philosophy is that if you are committed to success then eventually the rewards will begin to happen. Certainly, Chuck has proven this with his past track record.

Whether you need personal coaching to build your existing business or looking for a mentor to take you by the hand and avoid the mistakes so many new marketer struggles with by working with Chuck, he definitely can help you achieve your goals.